Gaming Setup.
As an avid PC Gamer, I have put together a setup that I really enjoy using and thought I would share a little information on it here!
One of the main things that I wanted to avoid with this build was a mismatch of manufacturers where possible. In terms of peripherals, I opted to go for Logitech’s G series. Historically, Logitech have always made excellent peripherals and with the ones that I have chosen for this build, they are no exception.
‍
When searching for a case, I came across NZXT and really love their aesthetic. I originally bought a small, black and red case however, because of the size, cooling was an issue and so I replaced it with the next size up in matte black.As well as an NZXT case, I also went with a matte black NZXT motherboard, liquid cooling for the CPU and some of the RGB case lighting.

Icons
Hardware.
For those interested, I've outlined the main specs of my current build.

System Monitoring.
One thing that I had seen a few times with modern builds is the use of a small, separate display to be used for System Monitoring.
‍
Knowing that AMD’s tend to run hotter and with the powerful graphics card no doubt producing a lot of heat, I was interested in organising some kind of display to monitor the systems vitals.
‍
It didn’t take long to decide on the software to use for this (called Aida64), which essentially (among other things) allows you to build a status panel with quite flexible (albeit fiddly at times) customisation.After that, it was a case of deciding on the display. I ended up looking around on AliExpress because I found a number of displays there at strange sizes with strange aspect ratios and I settled on a wide but short display.
‍
Knowing that I was going to be essentially building a custom theme for it, I wanted to make sure it looked as good as it functioned and so opted to go for a 4K display, with a resolution of 3840x960.
‍
When it arrived, the build quality was far better than expected and the panel itself is excellent. It includes a faux HDR mode which can be enabled through the OSD to add a little more vibrancy but that’s personal preference really, and something I generally leave disabled.
‍
While Aida64 is fairly flexible in what you can do (and you can import and export configurations), it is quite fiddly to setup in terms of sizing and positioning elements so, for example, there’s no auto layout or anything of the sort. Everything is positioned X pixels from the top left corner which makes sharing layouts tricky (because, without a display with an identical resolution, it just won’t fit) however I have shared mine regardless so that you can at least see what I did and if you so choose, move things around to suit your display. You can also download the icons that I created for use on my display as well in the Icons section.

Tip: If you're going to build your own theme, I would recommend designing the entire thing first, exporting an image of the entire design with a low opacity (around 20%), at the correct resolution for your display, and then adding that as a layer in Aida64 and essentially "tracing" it, as you add elements so that you can easily make sure they are sized and positioned correctly.
‍
Note: Being that I am using a 4K display for my status screen, when viewing any of the components on a standard HD or QHD display, everything will appear twice the size however you can simply halve the dimensions.
Download Aida64 Theme 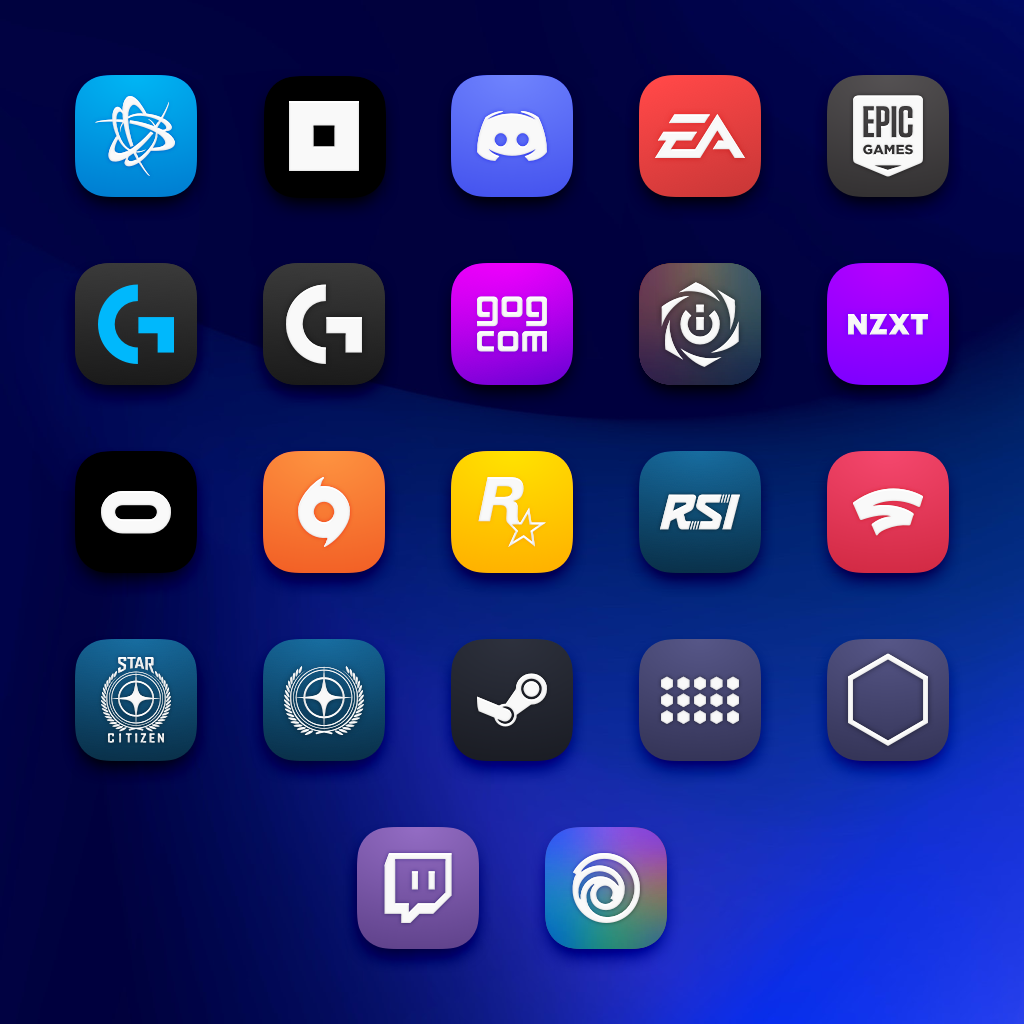 If you're building a System Monitor or just like the icons, I have bundled up the hardware icons that I created for my System Monitor. 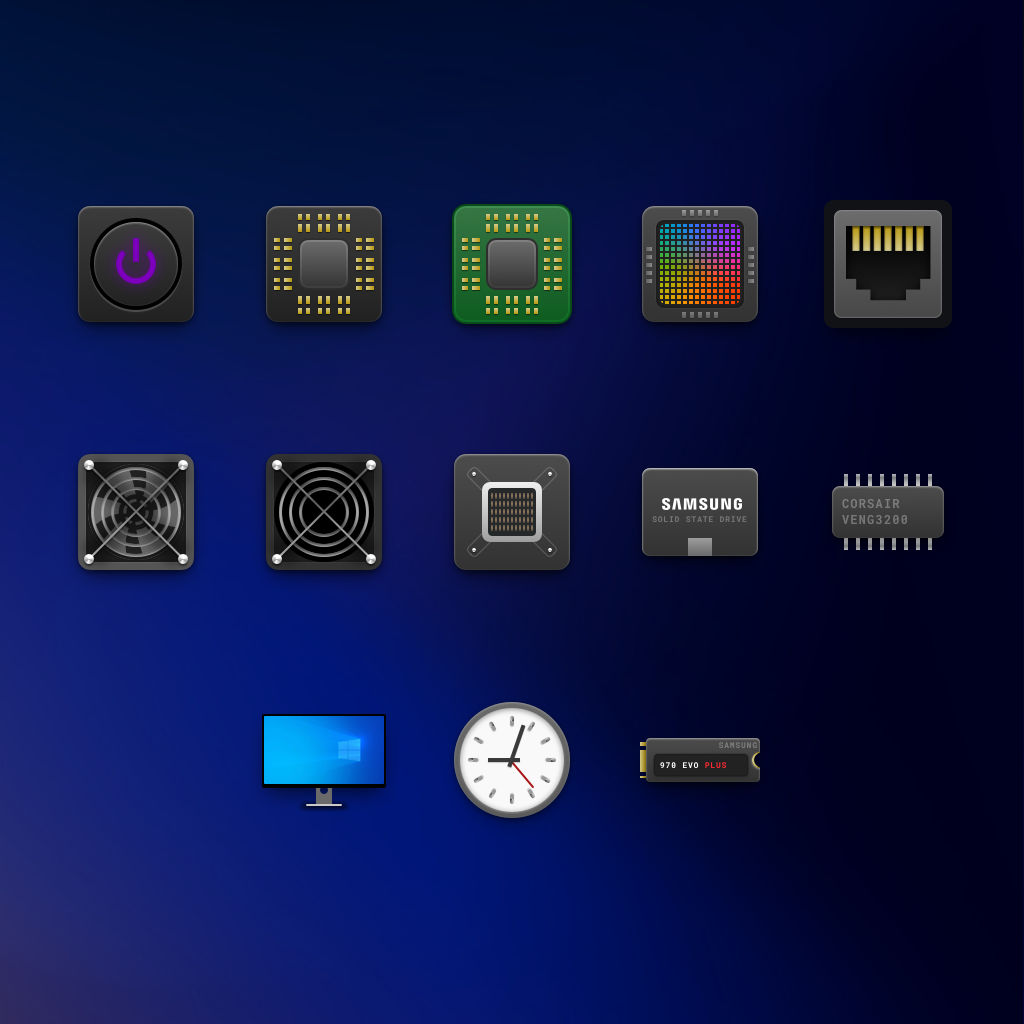 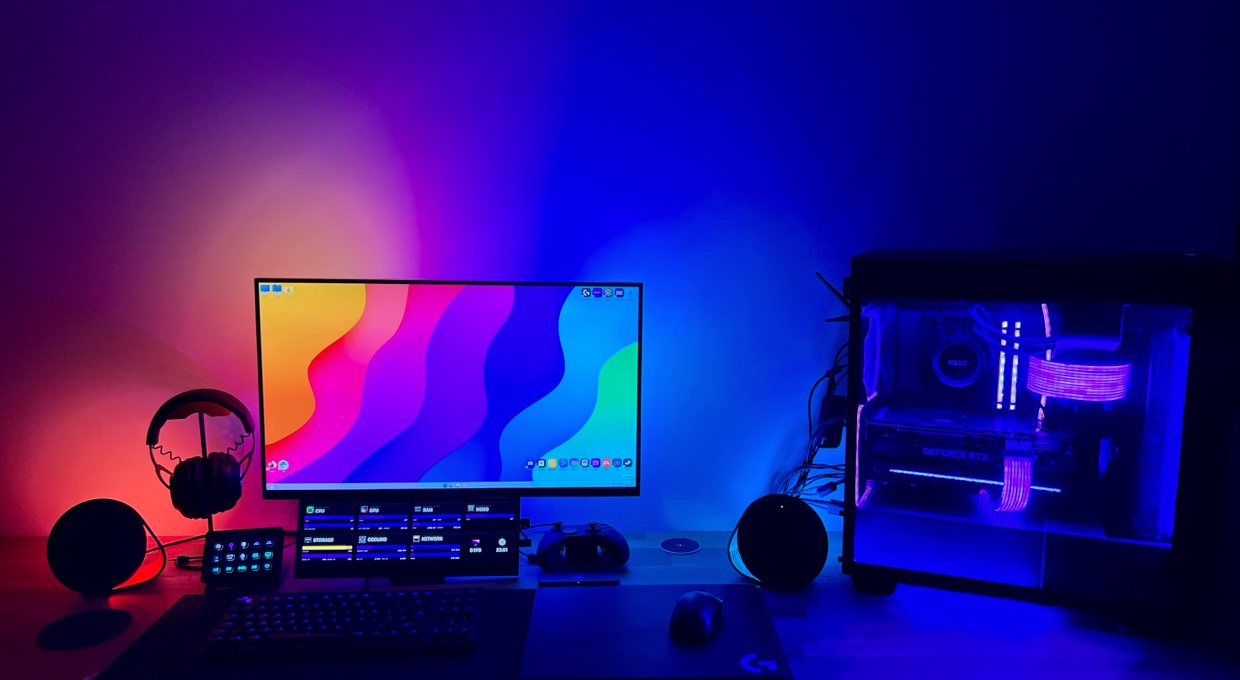 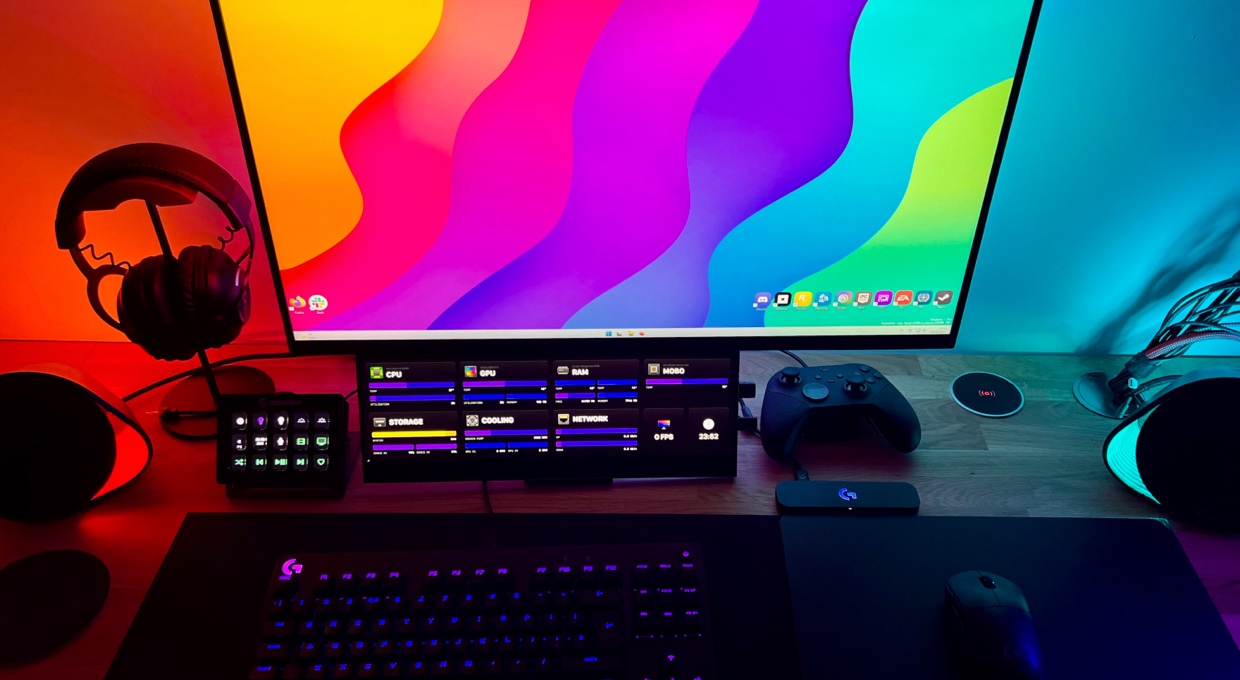 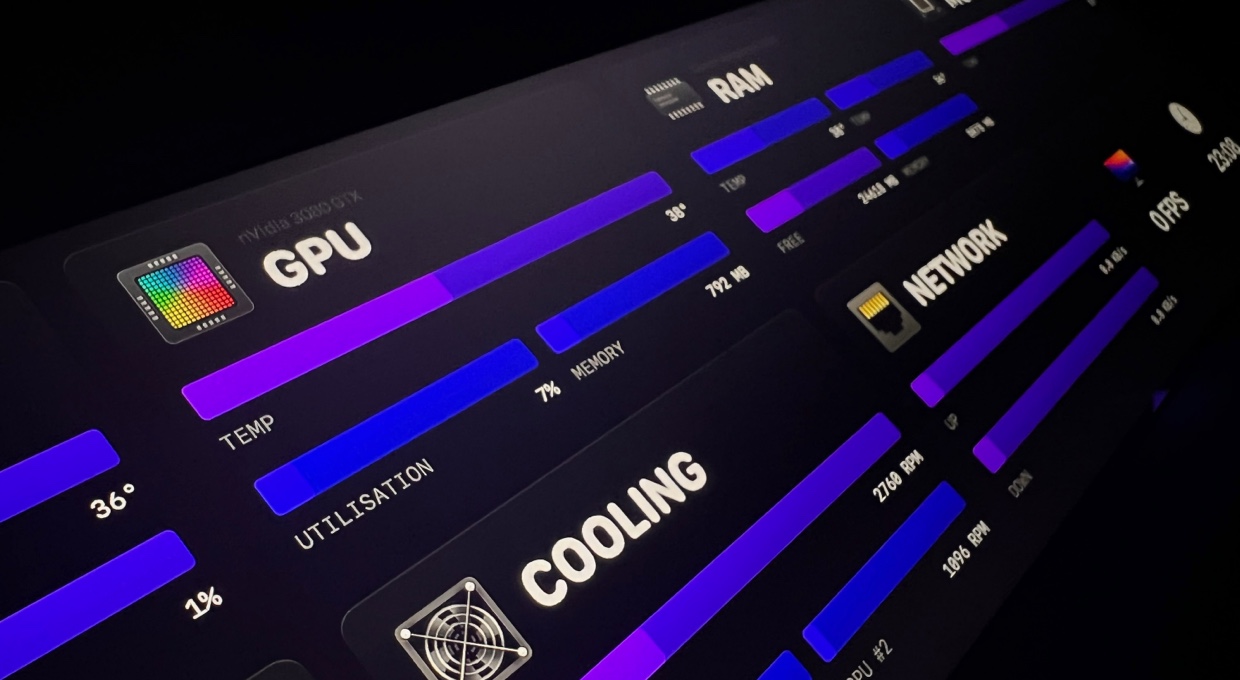 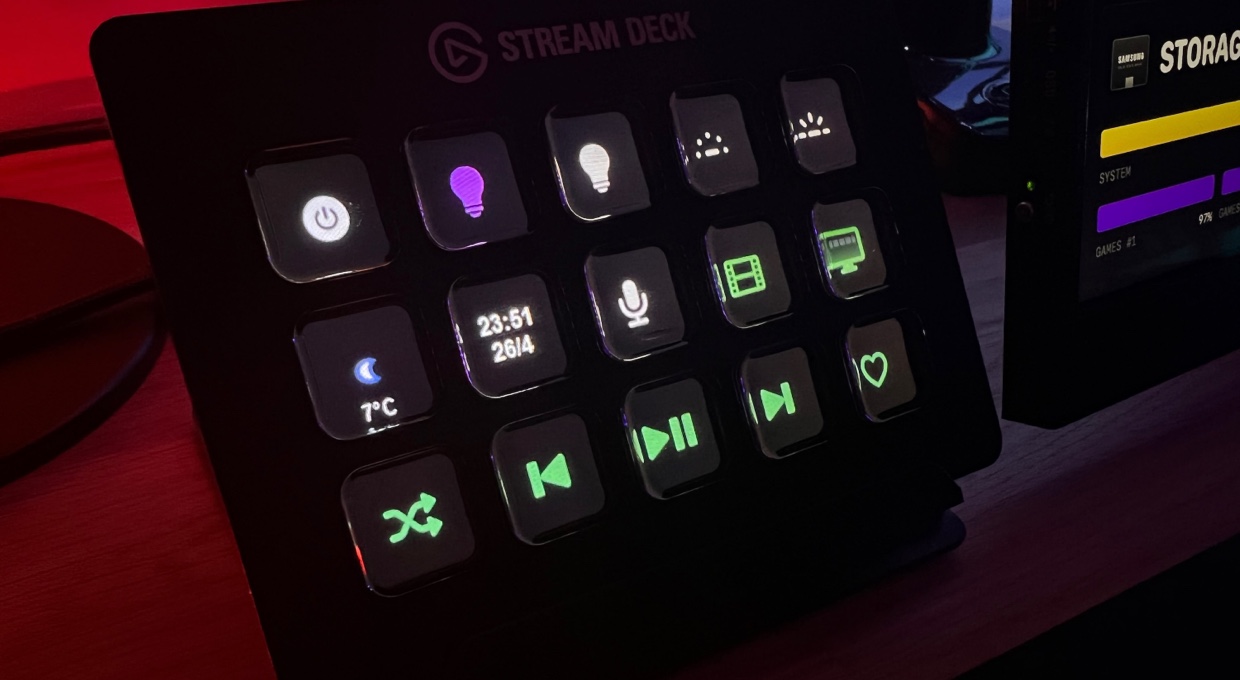 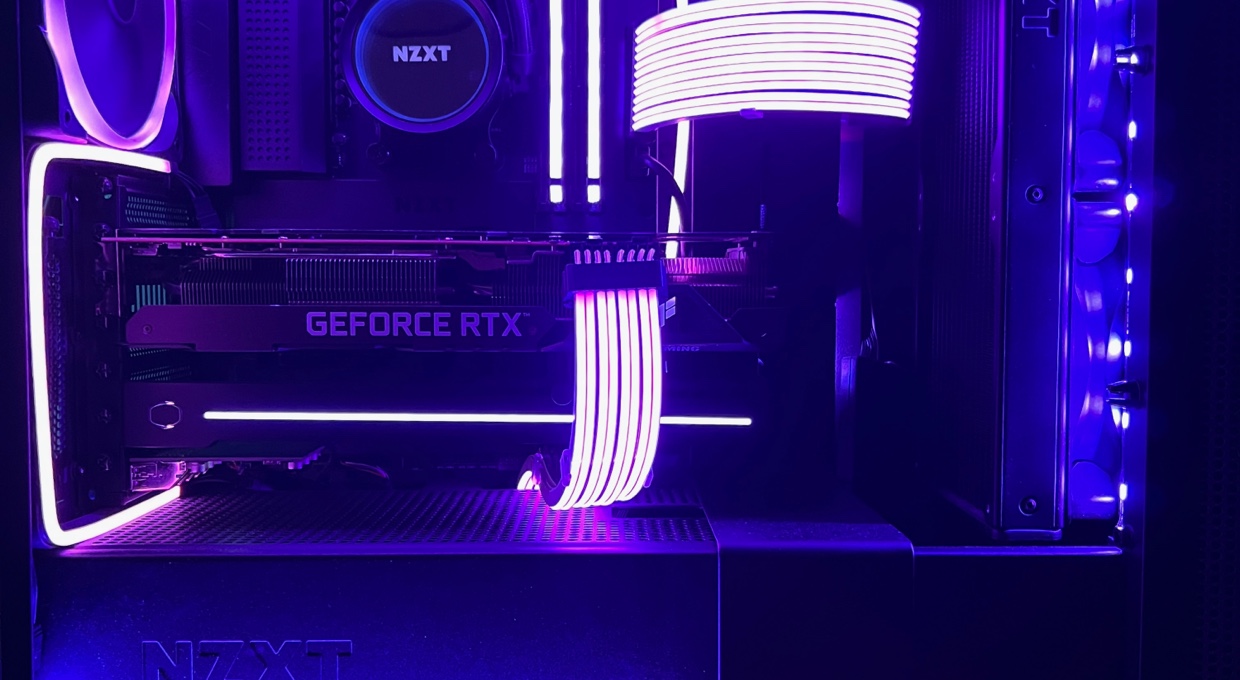 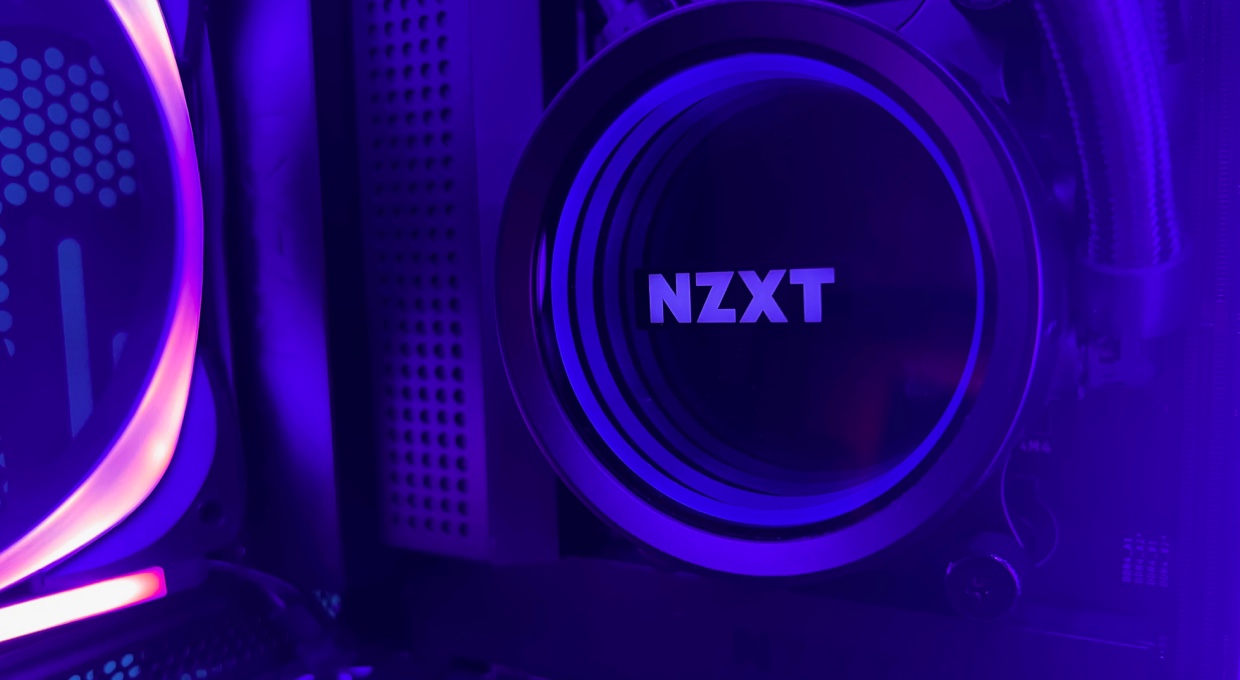